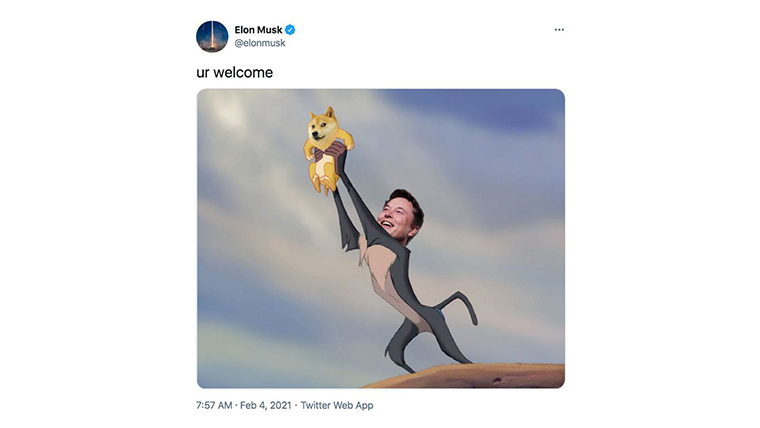 Elon Musk has a significant influence within the crypto trading market. Despite ongoing scrutiny, Elon Musk continues to play around with crypto exchanges seemingly. With several third-party regulators pushing to control crypto platforms, the crypto market has become more volatile than ever. Elon Musk’s influence within the crypto market has sparked controversy and complaints from experience crypto experts. Elon Musk is known for being a wealthy business professional who takes chances, no matter the risks. By toying with the crypto market, Elon Musk endangers the future of white and blue-collar workers who have invested in Bitcoin and other digital currencies.

Elon Musk has recently lost the title of the world’s richest man after Tesla prices falter. Tesla recently invested one and a half-billion dollars in Bitcoin, but since the investment, Tesla has only raked around one billion in profits. Even though Elon Musk has taken a financial hit, it won’t be long before the multi-billionaire bounces back into play. The crypto market is being watched closely by outside regulators. Third-party institutions are looking for an opportunity to wiggle into crypto trading. Elon Musk has repeatedly tweeted about cryptocurrencies, ranging from Dogecoin to Bitcoin. Following Tesla’s Bitcoin investment, Bitcoin prices began to skyrocket.

Tesla’s investment also influenced other financial platforms to embrace digital currencies. MasterCard, Visa, and even Uber also recently expressed interest in integrating cryptocurrencies into their platforms. Elon Musk has also tweeted about Dogecoin, which is a digital currency created as a joke. When Elon Musk loses money, it doesn’t have the same economic impact on someone with an average salary. Crypto analysts fear Elon Musk’s crypto market activity will throw off the balanced infrastructure cryptocurrencies have established since the 2020 global health crisis.

On February 22nd, Bitcoin dropped significantly after reaching new all-time highs over the previous weekend. Since 2021 began, Bitcoin’s value has bounced up and down market charts, but the digital currency still demonstrated stability. However, Elon Musk released a tweet stating Bitcoin was overvalued. After Elon Musk’s tweet went viral, Bitcoin dropped by ten percent. While many traders felt Bitcoin’s fallback was long overdue, other individuals feel Elon Musk’s market influence has gotten out of control.

Elon Musk tweeted concerns about Bitcoin’s worth after investing more than a billion dollars in the cryptocurrency. Elon Musk’s actions left crypto experts puzzled, as Musk’s previous support for the digital currency pushed Bitcoin to new market highs. Within a couple of hours of trading activity, Bitcoin dramatically dropped below $53K per unit. Elon Musk seemed to have jumped on the Bitcoin wagon, but his tweets state otherwise.

What to Expect in the Future

Bitcoin’s future remains unclear, but some analysts don’t believe Elon Musk significantly influences the crypto market. Crypto traders are reminded to practice smart trading, even though the crypto market lacks a based value. Elon Musk’s tweet seemed to confuse cryptocurrencies with fiat currencies and triggered a whirlwind of market activity. A man as rich as Elon Musk likely doesn’t realize his influence upon financial markets. However, cryptocurrencies have always come under fire for being volatile.

Bitcoin will undoubtedly make its way into mainstream society. With BNY Mellon and other financial banking systems opening their platforms to Bitcoin, the digital currency will likely bounce back from its low performance. Bitcoin’s previous reputation within the crypto market has been the digital currency’s saving grace.