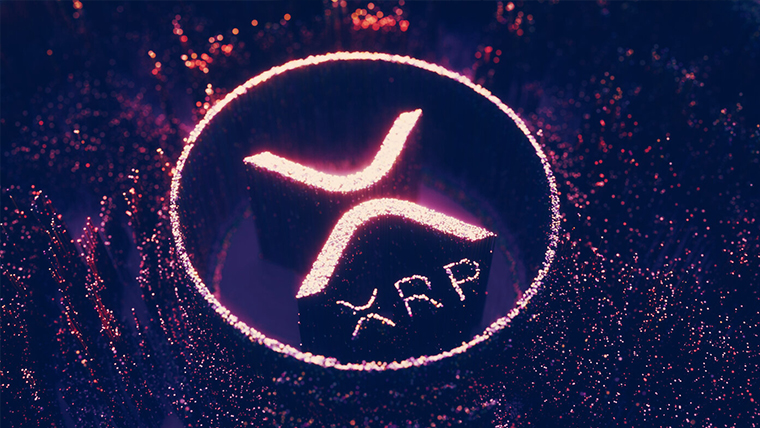 XRP has been on a rollercoaster ever since the Securities and Exchange Commission filed a lawsuit against Ripple. After the SEC’s lawsuit was filed, XRP tokens were delisted from popular crypto exchange platforms. XRP plummeted more than sixty percent in the final month of 2020, leaving traders reeling in the aftermath. XRP made a comeback at the beginning of 2021 but has since yo-yoed up and down in value. Ripple has made it clear that it doesn’t plan to settle the Securities and Exchange Commission’s billion-dollar lawsuit.

XRP has continued to battle on crypto exchanges even though Ripple still faces legal hurdles. On February 16th, an unidentified user surprised the crypto market by transferring millions of XRP from one of the most popular exchanges. The anonymous user withdrew an estimated $122 million in XRP from Coinbase, but that isn’t the end of the surprising activity. Ripple’s co-founder cashed out his XRP tokens by the millions, and traders are noticing. The crypto market exploded after the massive XRP withdrawal from Coinbase, causing a flurry of market activity. By Valentine’s Day 2021, XRP skyrocketed more than forty percent, which was a respectable comeback after a fifteen percent loss at the beginning of February.

Ripple doesn’t plan to settle with the SEC’s lawsuit, and the crypto giant seems to be playing it safe. Ripple’s co-founder Jed McCaleb has sold millions of dollars in XRP tokens since December 2020, causing alarm within the XRP community. Despite the numerous uncontrolled variables, XRP managed to remain stable. XRP experienced a small bullish run but ended swaying toward bearish market trends.

Jed McCaleb’s sales activities have been monitored by crypto analytic trackers, which predict Ripple’s co-founder will continue to sell off XRP tokens. Even with XRP being sold off in massive numbers, the cryptocurrency still rallied by nearly twenty percent. The anonymous XRP withdrawal from Coinbase was transferred to an unknown crypto wallet that hasn’t been identified yet. Several traders feel the two events are related, but the information hasn’t been proven. XRP has experienced upward market trends since 2021 began, but the surprising activity has driven XRP prices even higher.

While XRP spiked during the first two weeks in February, Jed McCaleb continued to dump millions of dollars in XRP. Using current XRP exchange rates, Jed McCaleb dumped more than one billion dollars of XRP within the first two months of 2021. McCaleb is known as one of the wealthiest crypto moguls on the planet, causing controversy regarding his recent crypto transactions.

XRP has reached a market cap exceeding twenty-four billion dollars, making it the sixth-largest cryptocurrency on the market. Ripple’s legal team recently filed a Freedom of Information Act request with the Securities and Exchange Commission that has not been addressed yet. XRP undeniably has a future in the crypto market, but its bubbled value discourages crypto traders from making larger investments.

Following Ripple’s co-founder’s action, many XRP traders expect the digital currency’s bottom to fall out soon. Since 2021 began, XRP has baffled data analysts by jumping more than one hundred fifty percent. The positive market activity for XRP presents questions regarding the massive XRP dumps taking place. If enormous XRP withdraws occur in the future, XRP might fall off the map entirely, no matter how much support the cryptocurrency has behind it.